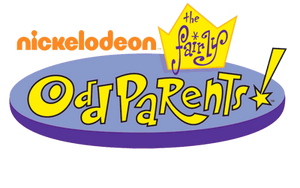 The Fairly OddParents (sometimes abbreviated FOP) is an Emmy-award winning American television series created by Butch Hartman for Nickelodeon. The series started out as cartoon segments that ran from September 4, 1998 to March 23, 2001 on Oh Yeah! Cartoons and was later picked up as a series. The series is produced by Frederator Studios and, as of season 6, Billionfold, Inc.

It is the third-longest-running Nicktoon, behind SpongeBob SquarePants and Rugrats. Season 9 began development in June 2012, and began airing on March 23, 2013.

Timmy Turner appears as one of the main and playable characters in Nicktoons Unite!. He always has his fairy godparents, Cosmo and Wanda, on his side to aim him in battle. However because Denzel Crocker was draining all the energy out of the Big Wand they couldn't fully use their powers. Mr. Crocker is also the main antagonist of the game. Jorgen Von Strangle and various fairies also appeared in the game.

Timmy returns again as a playable character in Nicktoons: Battle for Volcano Island. He was found by the main heroes in the game. Timmy had found a communicator so they could contact Jimmy Neutron. Cosmo and Wanda aided him in battle again. They eventually managed to defeat Mawgu together. Timmy is the only one from his show to appear, though if counting Cosmo and Wanda there are three characters.

Timmy's special costume is him dressed as Crash Nebula from various episodes. Cosmo and Wanda don't change their appearance. When all the salvage items of Timmy are collected a mini game opens for him. His house on Volcano Island resembles an advanced version of his own house.

Timmy, along with Cosmo and Wanda, return again in Nicktoons: Attack of the Toybots. This time Cosmo and Wanda's powers are limited because they are fed too many Krabby Patty's, which is part of Professor Calamitous' plan. You also visit Fairy World in the game, where Jorgen acts as an NPC. Also every time you freed a certain amount of fairies, Jorgen will appear and show you how many fairies are left in a comedian way.

Timmy's special costume in the game is him dressed as a cowboy from the episode "Odd, Odd, West".

Timmy appears as a playable character in Ultimate Nickelodeon Brawl Stars X. He appears in an adult form resembling how he appeared in the movies, where he is portrayed by Drake Bell. Cosmo and Wanda of course aid him in battle the whole time. It was said that Poof stayed back at home along with Tootie.

Timmy appeared as a playable racer in both Nicktoons Winners Cup Racing and Nicktoons Nitro. In Nicktoons Nitro he drove a flame colored Hot-Rod. Like in all the games, Cosmo and Wanda, floated next to him.

Timmy Turner also appeared as a playable character in Nicktoons Basketball and Nicktoons: Movin'. Timmy has also appeared in multiple games on Nick.com

Retrieved from "https://cartooncrossover.fandom.com/wiki/The_Fairly_OddParents?oldid=7616"
Community content is available under CC-BY-SA unless otherwise noted.